The Future is Under Cover

TOMORROW’S DISCOVERIES ARE UNDER COVER 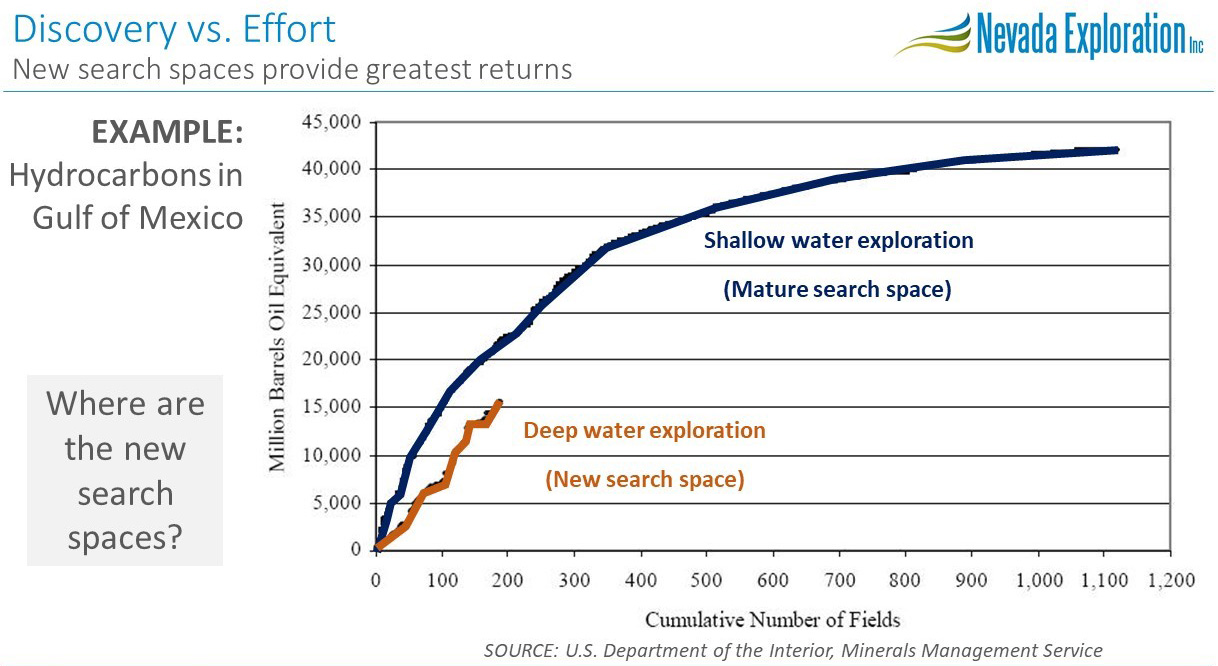 For gold explorers, continued focus on mature search spaces has resulted in higher costs and fewer discoveries, as clearly highlighted during the last cycle from 2003 to 2011, where industry exploration expenditures hit all-time highs while discovery rates fell.  To lower exploration costs and increase discovery rates, it is time for explorers to again focus on opportunities to open up new search spaces.

Where are the next new search spaces? 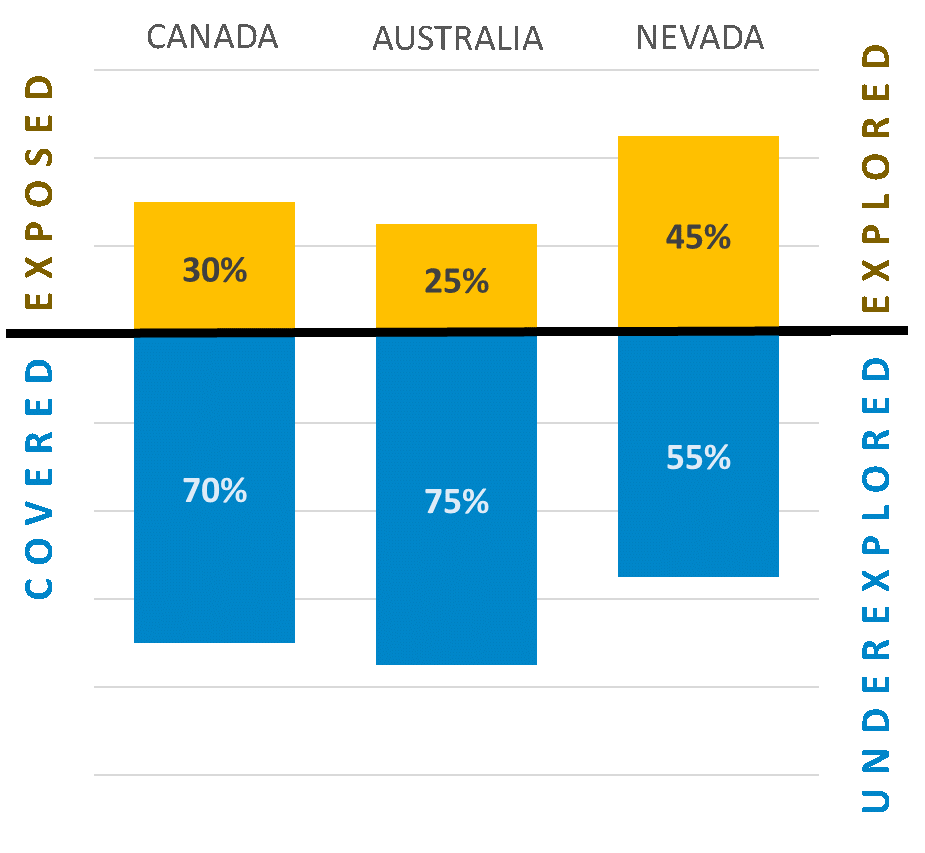 The potential for discovering new deposits in the covered bedrock terranes across the world’s major mining jurisdictions presents an incredible opportunity for explorers to expose their stakeholders to the potentially high returns associated with being early entrants into new search spaces; however, in order to be successful, explorers need new technologies, workflows, and experience to improve the odds and lower the costs of exploring under cover.