A DIFFERENT APPROACH TO DISCOVERY

Rates of gold discovery and exploration spending have historically tracked very closely - the more explorers have spent, the more gold they have found.  During the last ten years, however, this close relationship between spending and discovery has diverged. 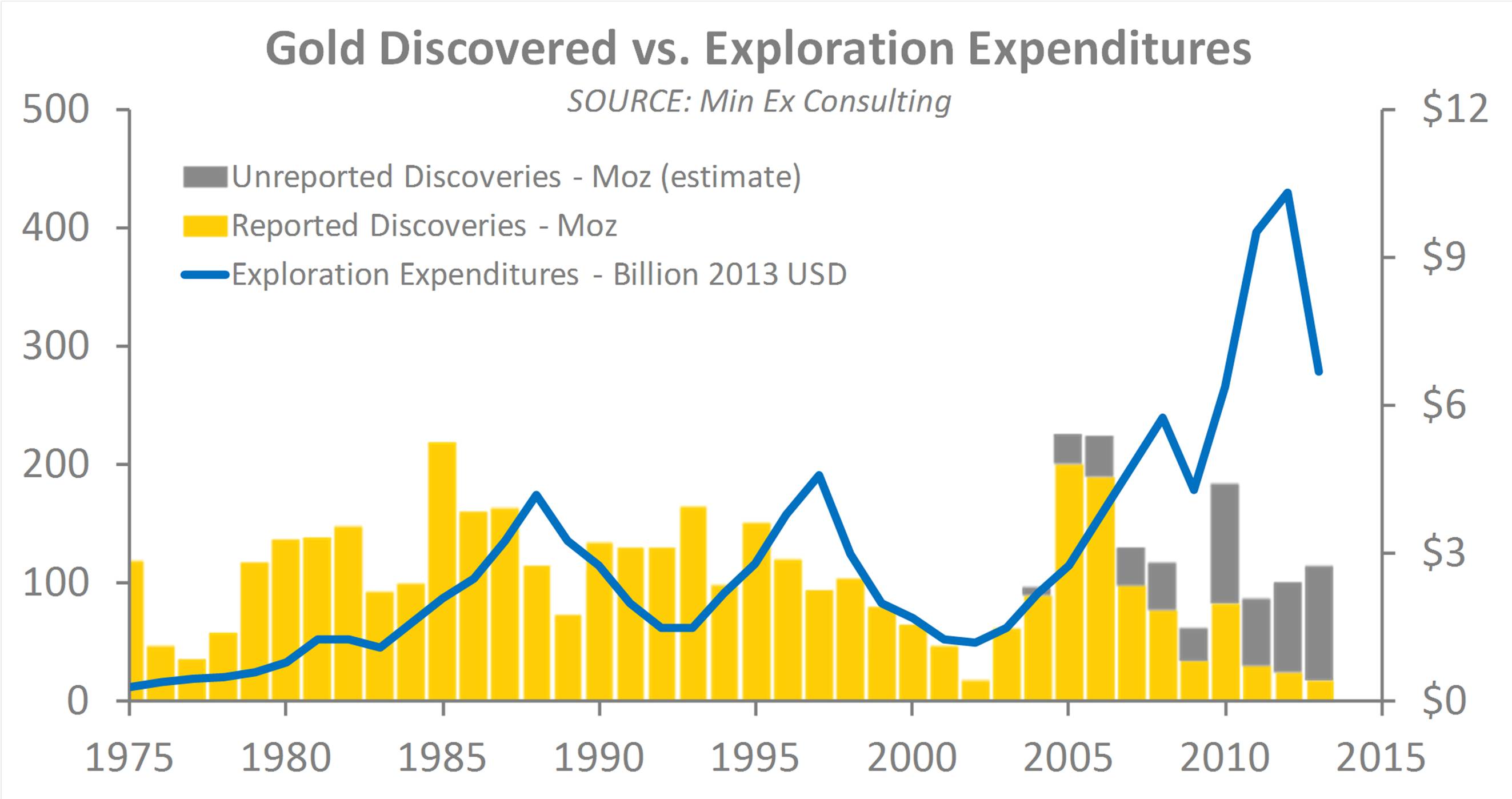 The last cycle saw more explorers spending more money than ever before to search for new gold deposits; however, despite these record exploration expenditures, the worldwide rate of new gold discoveries has continued to fall from its now decade old peak.  With exploration expenditures increasing at the same time as the discovery rates have been falling, the result has been a radical increase in the cost to discover a new ounce of gold. 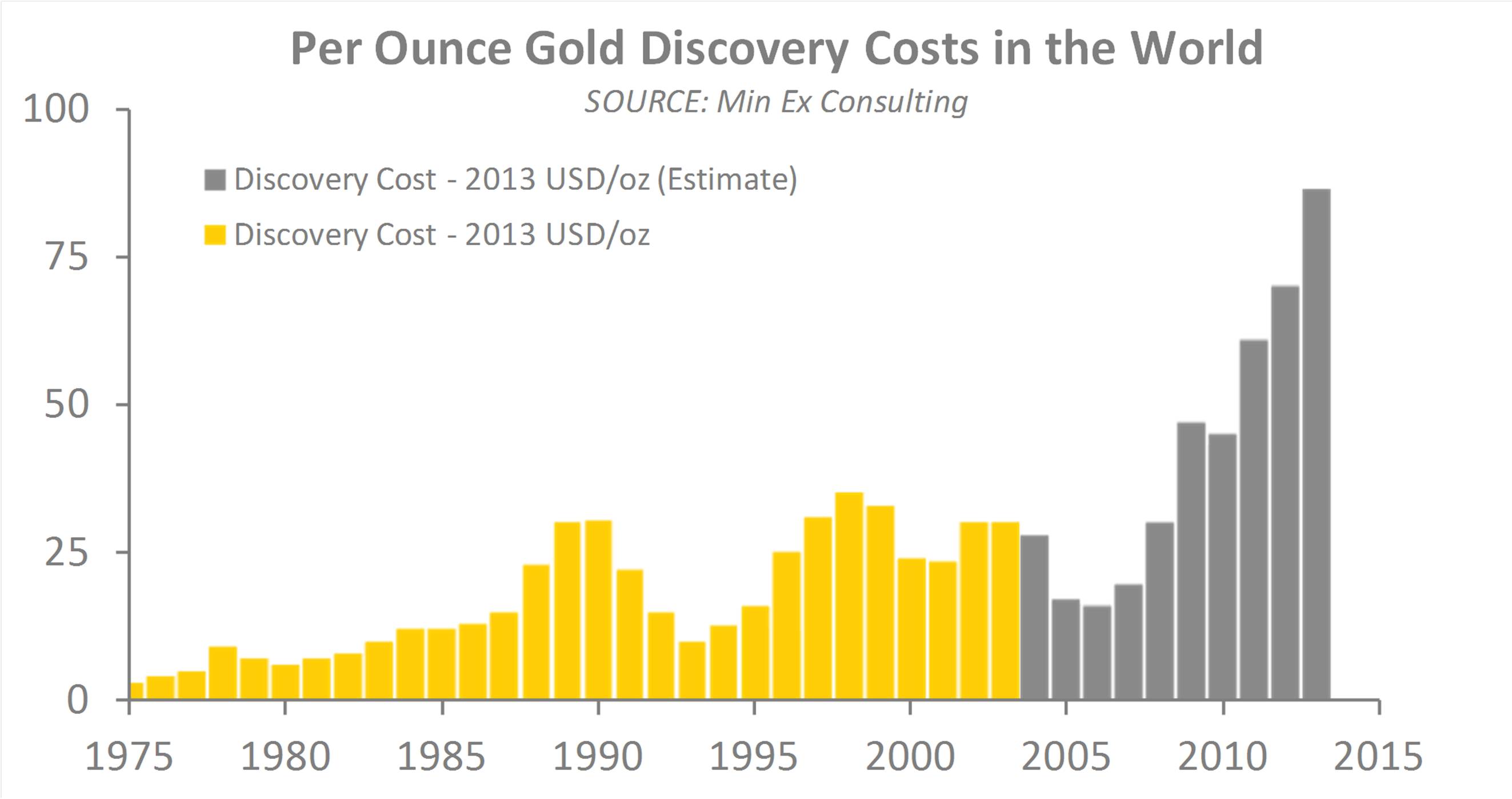 Why is more money, being spent by more explorers, not translating into more discoveries?

At the most basic level, gold is not a commonly occurring mineral – it is hard to find.  Over the course of history, new exploration tools have arrived to help geologists look further, cheaper, faster, and deeper; and with the arrival of each new tool, explorers have been able to search in settings that challenged their previous tools.  As with the advent of any new technology, however, explorers eventually exhaust the low hanging fruit brought into reach by each new exploration tool, after which time discovery rates again fall until the next new tools arrive to facilitate the next waves of discoveries.

For reasons mainly related to the lack of R&D spending and the dissolution of large internal exploration teams inside the majors during the 1980’s and 1990’s, during a prolonged period of depressed gold prices and industry cost cutting, the last few decades have brought few changes to the gold exploration toolbox.  Consequently, today’s explorers are continuing to rely on the same conventional tools that have been used for decades, thereby inherently limiting their focus and directing their exploration resources to the same, now already heavily explored, settings.

The time is ripe for the exploration industry to devote significant resources and attention towards developing and applying new exploration tools to explore in new settings, but the challenge is considerable.  Whereas in the past explorers have contributed on an ongoing basis to the incremental advancement of their field, the abrupt and prolonged lack of investment in R&D during the last few decades has halted the momentum for innovation.  After decades of applying the same techniques to the same settings, explorers have effectively picked the field bare, and as a result, explorers are no longer simply looking for the next incremental advance in exploration technology, they are now waiting for major, conceptual leaps forward.

The next wave of discoveries will be led by explorers committed to advancing new technologies and applying them in new areas.